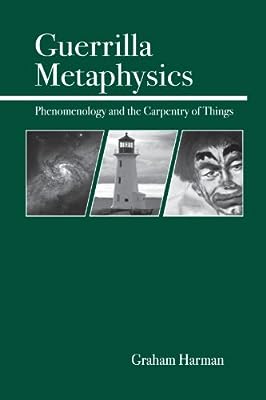 Whatever we normally associate with the name “cypress,” whatever we customarily attach to the word “flame,” these associations are broken into pieces as soon as we hear that the cypress is a flame. In Ortega’s own magnificent words, miles removed from the neurasthenic jargon of the postmoderns: “The result ... is the annihilation of what both objects are as practical images. When they collide with one another their hard carapaces crack and the internal matter, in a molten state, acquires the softness of plasm, ready to receive a new form and structure.”

there is the cypress as a unified thing that I encounter, that fills up some part of my life as I adopt a definite lived stance toward it, however faint. Insofar as the cypress enters the sphere of my life, it is not just a sensory image, but also a single executant reality within my life, an actual experience that I undergo, a mysterious unity at which all my attitudes aim.

it is from this strange concealed integrity of individual images that metaphor draws its power—not from the genuine reality of each thing, which language is powerless to unveil.

the flame-feeling, with its festive joy, its delight in destructive power, its jubilation of infernal color, and its hypnotic void of information.

everything hinges for Ortega on a fundamental contrast between two modes of being that he terms execution and image.

Between my life as it executes itself and the life of another as seen from outside, there is an absolute gulf—a kind of ontological difference.

But notice that this unbridgeable rift is not confined to our perceptions of other people: the same dualism occurs even in cases of introspection.

To observe something, no matter how closely, is not to be it; to look at a thing is not the same thing as to stand in its place and undergo its fate, even if what we are observing is our own psychic lives.

“gold has forged the keys to Nixon’s tomb.”

To return to the case of the cypress and the flame, in metaphor their images are destroyed, and even their independent existence as proper names is swept away.

Since the two images are unable actually to melt together instantly by way of their truly minimal common qualities, the cryptic essences that my life senses in them remain before me in a kind of permanent collision.

their hard carapaces crack as they fill each other with molten plasm.

We simply sense an identity, we live executantly this being, the cypress-flame.”

To create such an object is to de-create the external images that normally identify it, reshaping the plasma of their qualities into a hybrid structure.

It is simply not the case that our fundamental wish is to be viewed as dignified thinking free subjects with a chance to speak at the microphone of the universal assembly. This opportunity is certainly preferable to being a war casualty or a slave, but it does not yet say enough about what it is that we want the microphone to do for our voices. The kind of recognition we would prefer is always far more specific, since we often feel ourselves to be so painfully mutable that any specific role will do—the friendly one, the one who cooks, the exotic traveler, the one who sings like Caruso, or just the one who likes to be spoken to in such-and-such a way and not another.

There is a profound need to escape the apparently infinite flexible subjectivity within, which feels far more amorphous to us than to anyone else.

Contrary to the usual view, what we really want is to be objects—not as means to an end like paper or oil, but in the sense that we want to be like the Grand Canyon or a guitar hero or a piece of silver: distinct forces to be reckoned with.

we would rather be charmed and charming than be free,

“the secret blackness of milk,”

We never reach some final layer of tiny components that explains everything else, but enter instead into an indef inite regress of parts and wholes. Every object is both a substance and a complex of relations.

When two objects enter into genuine relation, even if they do not permanently fuse together, they generate a reality that has all of the features that we require of an object. Through their mere relation, they create something that has not existed before, and which is truly one.

When a house is assembled from pillars, beams, baseboards, chimneys, and carpets, it siphons from these objects only the limited number of features that it needs. The house never fully grasps or even deploys the total reality of its stairwells and electrical cords, which withdraw from the house into the shadows of their private reality. In other words, a thing relates to its own parts in the same way that it relates to other things, and indeed in the same way that we ourselves relate to things: namely, by distorting them, caricaturing them, bringing them into play only partially.

Levinas holds that the prehuman cosmos is a single anonymous rumble, a kind of apeiron of existence, so that the kaleidoscope of specific colorful and sonorous entities emerges only in a human experience that banishes the life of inanimate objects from sight.

two objects can interact at all, they must both already be suspended in the same ether, linked by the vicarious cause of a larger object that they themselves both use as a base or alibi for their relationship.

All reality unfolds in the interior of an object—or rather, in the interiors of countless objects, stretching above and below each other indefinitely.

The inside of an object is a fiery cauldron in which other objects show their faces and sometimes manage to affect each other more deeply than before.

Although everything in the volcanic core of an object is unified simply by the fact of belonging to that object, this is merely unification from above; on the inside, it is articulated into countless facets, notes, qualities, accidents, and other halos, echoes, and shadows.

Since all relations are objects, and all objects are formed in turn of a swarming internal empire of relations, the basic model of the world that results is both simple and endlessly pluralistic: namely, nothing exists but the interiors of objects, since objects are nothing but their interiors.

If every object is a vacuum, it is equally true that every vacuum must contain a world—a medium in which distinct qualities interact or at least float side-by-side in some sort of charged ether.

In astrophysics, Lee Smolin has theorized that every black hole contains an entire universe of its own. By analogy, we might say that every object is not only protected by a vacuous shield from the things that lie outside it, but also harbors and nurses an erupting infernal universe within.