Thread on Stakes and Costs

@vgr: Feels like Sayre’s law increasingly applies to the world at large.

“Academic politics is the most vicious and bitter form of politics, because the stakes are so low” https://en.wikipedia.org/wiki/Sayre%27s_law

The stakes have never been lower. People get confused because they see high *costs* everywhere (climate action etc). Stakes are not costs. Stakes are why you care. Costs are what you pay.

Rick Sanchez pays very high costs for seemingly very low stakes (Mulan McNugget Szechwan sauce). Extreme form of Sayre’s law. He’s willing to destroy universes for it. When there are no natural high stakes to fight for, the intensity of the fighting sets the stakes. https://t.co/WiDwzuYvFc 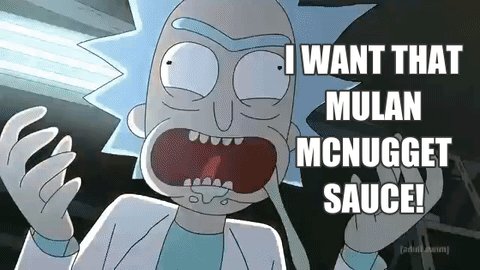 It is “how do you make reality worth caring about enough to pay the cost of something like climate action to save it?”

Interestingly, pain (your own or others’) is not in the stakes column. It’s in the costs column. Trying to see/create a world worth caring about by eliminating pain is an incoherent idea. This leads to a lot of philosophical frustration.

Problems are not stakes. This is one reason why tech critics who sermonizing about solving “real problems” completely fail to understand the logic of tech. Tech is about raising the stakes enough to make the hard problems worth solving.

Believe it or not, the value of something like Twitter is that it raises the stakes, making saving the works from climate disaster a bit more worth it. It does this via a cousin of the having-children kind of stakes. It is mutual involvement stakes.

The purest example of stakes is storytelling. Stories solve zero problems. Their only function is to pass the time while you decide whether life is worth living.

Storyteller: “Once upon a time...”

Crypto is a pure stakes technology

So are Mars rovers

So are all games

Anything that makes creates time out of information. As in, you want to hang around to see how something turns out.

Survival for its own sake is insufficient for humans.

“We must solve climate”

“We must solve climate”

So if you want to help it the vicious and toxic noise... do stuff that helps raise the stakes. Let the costs-obsessed people stay stuck in their stakes = costs flatland. Plenty of people will stop vicious fighting and line up to “solve hard problems” if the stakes are high enough

@ykgoon: The stake that requires no imagination has always been kids.

So going by this the conclusion will be "make more kids".

I don’t think kids are a solution tbf. They are as much of a metaphysical punt as belief in an afterlife. They don’t actually work very well as stakes. They only supply acute meaning when they’re in danger. Normal times, parents seem no more fulfilled. Possibly less. https://twitter.com/ykgoon/status/1369528062304419840

But there’s something there. The minimum viable stakes seem to have indefinite reproductive potential. Stakes tend to be Turing-complete things like kids, robots, and other gene-meme things that might live forever in some sense.

Things that work as stakes have a fractal ability to conjure eternity in their universal potentiality. “To hold infinity in the palm of your hand, eternity in an hour” sorts thing. Turing-complete grains of sand.

Things through which we can live forever. Not eternalism per se but a sense of “some part of me will be around to see how the movie ends when the last proton decays”

A mundane thought I’ve had lately is this: while playing around learning electronics and 3d printing lately, I find I’m more willing to go down debugging trees and yak-shaves with *highly uncertain cost* when it seems salient to my larger project of building a rover.

Bugs are Mulan McNugget sauce. You simply have to want them fixed.

If you want the irreducible thing itself, be it a Mars rover, a mansion, or mulan mcnugget sauce, it is effectively priceless. But something priced in pain is not worth more pain to remove. You wouldn’t endure worse pain than cancer to cure cancer. At least I wouldn’t.

And anything that you’re convinced is logically irreducible necessary, with no substitutes, to get to a priceless valued-for-itself thing is also priceless. The bug in the warp drive circuit is as priceless to resolve as warp drive is to have.

By contrast, anything that’s *not* necessary and has obvious substitutes is worth only as much debugging effort as would make the total cost less than the next-best substitute solution. It’s a commodity. Marginal stakes contribution = cost of last option you could explore.

Circling back to topic: low stakes = high strife. There’s literally nothing anyone seems to want on the other side of (say) decarbonizing that inspires the sacrifices being demanded of all. It’s cliche but “Mars settlement” actually is the best idea around and only inspires ~20%.

Let’s be clear that pain avoidance, no matter how huge, is still finite and therefore a cost, not stakes. It’s the price-to-minimize of life, not the value of living.

Let’s say worst-case climate models are correct and we’re looking at 5 gens of extreme pain for say 100b human+animal souls. Add it all up with adequate kinship-discounting.

It still won’t be stakes. Just costs. Why is life worth it for any of the 100b souls in the formula?

This imponderable is why stakes=costs people studiously avoid and taboo discussion of euthanasia and antinatalism. If a trivial solution exists to solve pain (don’t make babies, commit suicide painlessly) it subverts most of their logic. So ban all talk of that solution.

I like to keep that option in the picture as a null hypothesis. If you can’t imagine a future with more worthwhile stakes than the cost of the trivial pain-elimination solution, you’re not really trying.

The thing about priceless stakes is that they can actually be pretty transient. So long as they do the fractal-eternity thing, there’s always a next grain of sand to see the world in. If McNugget sauce keeps you interested today and next week it’s Mars rovers, that’s fine.

The key is to bootstrap a receding horizon into infinite time one way or another. In a way stakes is curiosity about how something in motion today will turn out past a horizon of prediction/planning. You can’t see it so your only option is to live to see it.

You either die a hero or live long enough to watch the sequel.

Choosing life is always a kinda villainous option. The truly good are always acting dead. Goodness is stakes blindness. All is pain because that’s all you can feel.

A lot of this thread is what people usually discuss under the heading of Meaning Crisis,™ which I increasingly dislike. “Meaning” imo is an unhelpful concept. “Stakes” is better. The thing against which the cost-of-living is evaluated as either worth it or not.

The physical metaphor of a stake — a spike driven into the ground to claim a part of the universe besides yourself is great. A declaration of a non-minimal life. Its meaning or lack thereof can be set aside. It’s your point of positive involvement with reality.

I think “meaning” frames are popular because they’re backwards compatible with religion. They tend to inspire religion-like efforts to conjure new stakes to replace subverted ones. “Nostalgia for the Absolute” as George Steiner called it. It’s a bad design pattern.